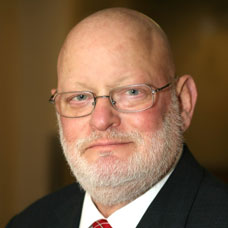 Dr. Weiss is a highly trained Reproductive Endocrinologist who is part of the fertility specialist team at University Reproductive Associates (URA), a participating provider in the WINFertility Network.

Education and Certification
Dr. Weiss was educated at New York University for both his undergraduate and medical school studies. He completed residency training in Obstetrics and Gynecology at NYU-Bellevue Medical Center and a research fellowship in physiology at the University of Pittsburgh in Pittsburgh, PA.

Experience
Dr. Weiss is nationally recognized for his many distinguished achievements. He has been a National Institutes of Health (NIH) funded physician-scientist for more than 25 years and has published more than 220 articles on many topics including infertility, menopause and hormone physiology.

Dr. Weiss has been in practice for 43 years and see patients across all areas of the reproductive lifespan. He serves on the editorial board of several major journals in the field of reproductive endocrinology and infertility and is consistently named one of the New York Metropolitan Areas Best Doctors by New York Magazine, Castle Connolly America’s Top Doctors and Top Doctors: New York Metro Area.