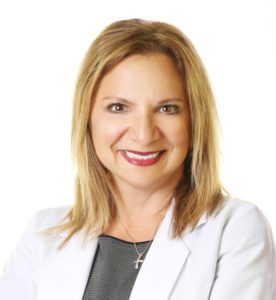 Dr. Beltsos is the CEO and Medical Director of Vios Fertility Institute, a participating provider in the WINFertility Network.

She is also a Clinical Assistant Professor for the Department of Obstetrics and Gynecology at University of Illinois at Chicago.

Dr. Beltsos is a Fellow of the American College of Obstetricians and Gynecologists.

Dr. Beltsos is the Clinical Research Division Director of Vios and participates in a number of research projects and scientific publications. She has received numerous awards in teaching and has been honored as a “Top Doctor” from Castle Connelly for several years. Dr. Beltsos received Chicago Magazine’s “Patient’s Choice“ award in 2008 and 2009.  She is a popular speaker, both nationally and internationally, and a frequent media resource on the topic of infertility, appearing on the Steve Harvey Show in 2015 and often featured in Chicago media.  Dr. Beltsos is the executive chairperson for the Midwest Reproductive Symposium International, an international conference of fertility experts.