My Partner Had a Vasectomy. I Had My Tubes Tied. Can We Get Pregnant?

Change the Man (or Woman), Now Change the Plan Vasectomy, surgical severing of the tubes that carry sperm from the testicles into the semen, is one of the most common forms of contraception in the U.S. When a couple feels that their family is complete or that they really don’t want children, surgical sterilization of the male partner is a nearly 100 percent sure way to prevent pregnancy. About 500,000 men get vasectomies every year, according to a study done at Columbia-Presbyterian Medical Center. 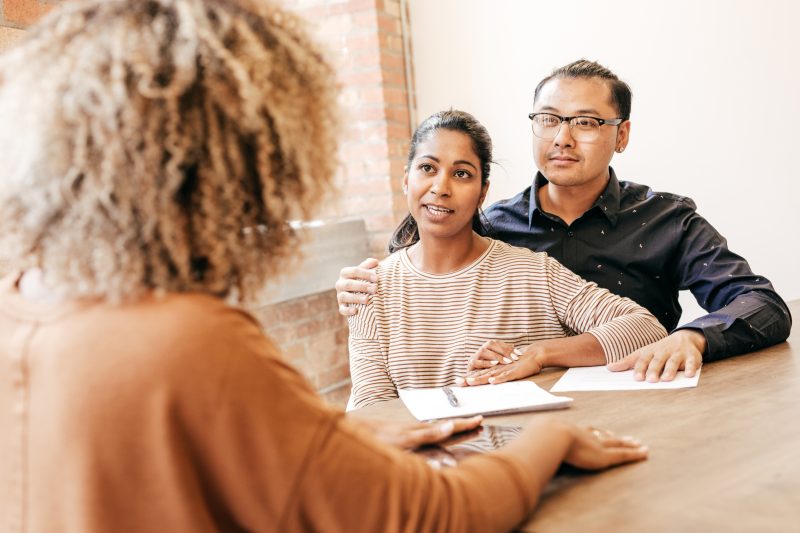 An even greater number of women, some 650,000, undergo tubal ligation every year in the U.S. “Having your tubes tied” is a procedure where the fallopian tubes, which carry eggs from the ovaries to the uterus, are blocked or cut. This, too, is an effective form of birth control.

But life happens, as the saying goes. A breakup, divorce, death of a child or a partner—any of these life events can change a person’s mind about having children. If your partner has had a vasectomy or you had your tubes tied and you now want to have a child, the good news is there are alternatives that are often successful, from vasectomy reversal to fertility treatments such as IVF In vitro fertilization can be less painful and more likely to result in pregnancy than reversing tubal ligation, and can enable you to have a child when reversing a vasectomy isn’t possible.

Surgery to reconnect the vas deferens, the tubes that carry sperm, is often done as an outpatient procedure these days by urologists. Usually the surgery is done under spinal or general anesthesia, and the man goes home the same day, with a small amount of pain or discomfort. Microsurgery techniques have improved so much that reversal is often successful and the man is able to get his partner pregnant. Reported pregnancy rates after vasectomy reversal range from 40 percent to 90 percent, depending on the type of vasectomy the male partner had and how long it had been since the vasectomy was done. The longer it’s been, the less likely that the reversal will be successful.

The other option is sperm aspiration prior to in vitro fertilization (IVF). In this procedure the doctor gently suctions sperm from the male partner’s testicle, usually while the man is under local anesthesia (although it can be done under general anesthesia.) The sperm is then used to fertilize the female partner’s eggs in a laboratory by IVF. IVF is highly successful, especially if the female partner is under 35 years old, according to the American Society for Reproductive Medicine (ASRM.) If there are issues with the man’s sperm there are additional tests and procedures which can be done to improve your chances of a healthy baby, such as genetic testing and ICSI, intracytoplasmic sperm injection, to fertilize the eggs.

Your fertility doctor will help you choose which procedure is right for you, based on how long it’s been since the vasectomy, the age of both partners, how many children you want, cost, and how quickly you want to have a child. The doctor will probably recommend a complete fertility workup on the female partner as well to take into account any fertility issues she may have.

For the Ladies: Tubal Ligation Reversal or IVF

Surgery to reverse tubal ligation involves reconnecting the blocked sections of the fallopian tubes to the ovaries. However, some procedures for tubal ligation are reversible, while others are not. In general, women who had only small sections of their tubes removed or whose tubes were blocked by clips or rings may be successful with reversal—the tubes may be able to be reconnected and eggs can pass through. If you had a type of surgery which can’t be reversed IVF may be the answer for you.

Tubal ligation reversal is more invasive surgery than the tubal ligation was. It is usually done by laparotomy, a four- to six-inch incision on the abdomen, and takes recovery time in the hospital and at home. Some doctors perform the reversal by laparoscopy, with a smaller incision, quicker recovery, and with equivalent success rates, but it requires very special surgical expertise and experience, so it may not be available in many areas. In general, pregnancy success rates after reversal of tubal ligation range from 40 percent to 85 percent, usually in the first year after the surgery. This depends on several things, including your age, the surgeon’s skill, what type of tubal ligation procedure you had, and the amount of scar tissue in your pelvic area. If your body forms scar tissue from the surgery IVF may be more difficult than it would have been without the reversal.

IVF is a procedure which can be very successful if you’ve had your tubes tied. There’s no need for the tubes to be reconnected because the fertility specialist extracts ripened eggs directly from your ovaries. The eggs are then fertilized with your partner’s sperm in the laboratory, and embryos which develop are transferred to your uterus. Any extra ones may be frozen in case you need them for later IVF cycles. IVF is less invasive than tubal ligation reversal.

44209My Partner Had a Vasectomy. I Had My Tubes Tied. Can We Get Pregnant?

44178My Partner Had a Vasectomy. I Had My Tubes Tied. Can We Get Pregnant?

44174My Partner Had a Vasectomy. I Had My Tubes Tied. Can We Get Pregnant?

44154My Partner Had a Vasectomy. I Had My Tubes Tied. Can We Get Pregnant?