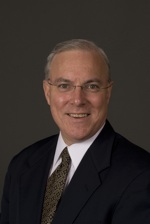 Dr. Ziegler is a highly trained, board certified, Reproductive Endocrinologist who is part of the fertility specialist team at Reproductive Science Center of New Jersey (RCSNJ), a participating provider in the WINFertility Network.

Education and Certification
Dr. Ziegler received his medical degree at the University of Osteopathic Medicine and Surgery in Des Moines, Iowa and completed an Internal Medicine internship at Union Hospital in Union, New Jersey.

He completed his residency in Obstetrics and Gynecology at the Medical Center of Delaware in Newark, Delaware and his three year fellowship in Reproductive Endocrinology and Infertility at the University of Vermont in Burlington. During his fellowship he was involved in establishing the first Egg Donor program in the state of Vermont.

Experience
Dr. Ziegler is a native of New Jersey and the Medical Director of the Reproductive Science Center of New Jersey (RCSNJ). Upon returning to his home state he started the first egg donor program based in Monmouth and Ocean Counties, consistently delivering some of the highest success rates in the state.

He is on the faculty at Monmouth Medical Center and Jersey Shore University Medical Center where he works with both teaching institutions organizing continuing medical education programs to all medical professionals. Dr. Ziegler also holds an academic appointment at Rutgers Robert Wood Johnson Medical School.

Dr. Ziegler has received several awards for his presentations at the national meetings of the American Society of Reproductive Medicine and the Society for Gynecologic Investigation. He has received teaching accolades from Jersey Shore University Medical Center and has authored numerous articles and abstracts in the field of Reproductive Medicine in the journal of Obstetrics and Gynecology and the American Journal of Obstetrics and Gynecology.

He is dedicated to providing his patients with the highest quality medical treatment in a caring and compassionate environment.