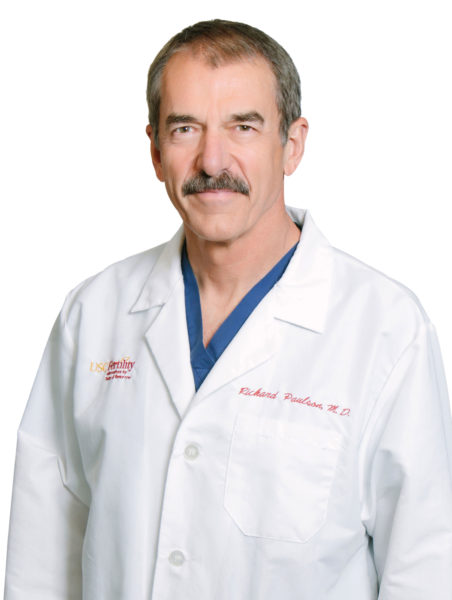 Dr. Paulson is a member of WINFertility’s Medical Advisory Board.

Richard J. Paulson, MD is a board-certified reproductive endocrinologist and Professor of Obstetrics and Gynecology and Chief of the Division of Reproductive Endocrinology and Infertility at Keck Medicine of the University of Southern California.  He has been the director of the Fertility Program at USC since 1986.

Dr. Paulson earned his medical degree at the David Geffen School of Medicine at USC.  He completed his residency in obstetrics and gynecology at Harbor UCLA Medical Center and a fellowship in reproductive endocrinology and infertility at LAC + USC Medical Center.

During his time at USC, the program has published several groundbreaking investigations into aging and female fertility, including the observation that the egg aged, not the uterus, and that egg donation could be used to extend female fertility (1990).  Fertility research conducted in women older than 50 resulted in publications including the 1st series of women over 50 (Lancet, 1993), a successful pregnancy in a woman aged 63 (Fertility & Sterility, 1997), obstetric outcomes in women in their 50’s (JAMA, 2002) and parenting stress in mothers in their 50’s (Fertility & Sterility 2007). This program also recently established an egg freezing program in order to further extend a woman’s reproductive lifespan.

Dr. Paulson has received numerous research awards and has been listed in “The Best Doctors in America” continuously for more than 25 years.