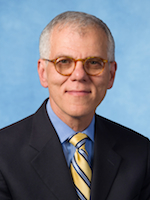 Dr. Grunfeld is a board certified reproductive endocrinologist and is the co-director of Reproductive Medicine Associates of New York, a participating provider in the WINFertility Network.

He is a clinical associate professor of Obstetrics and Gynecology at the Mount Sinai School of Medicine.

Education and Certification
Dr. Grunfeld is a board certified reproductive endocrinologist. Dr. Grunfeld received his medical degree at Mount Sinai and his OB/GYN training at the Albert Einstein College of Medicine. He also completed fellowships in reproductive medicine at both the Albert Einstein Medical College and Yale-New Haven Hospital. Dr. Grunfeld served as Director of Fellowship Training at Mount Sinai Medical Center in New York, where he has been performing IVF procedures since 1986.

Experience
Dr. Grunfeld is well known in the field of infertility for his expertise in sonography, reproductive surgery, and in vitro fertilization. He has authored dozens of significant articles in these fields and lectures extensively on infertility. Dr. Grunfeld is recognized for achieving high success rates with IVF, ICSI, ovum donation, and other Assisted Reproductive Technologies (ART).

New York Magazine has championed him as being one of the “Top Doctors” in New York every year since 2004, and SuperDocs has selected him to appear in their 2008 New York Edition.

Dr. Grunfeld received the American Fertility Association Family Building Award in 2001 and the A T.I.M.E Community Service Award in 2005. He is also a 2008 recipient of Bonei Olam’s Humanitarian Award and was honored in 2011 as Physician of the Year by Puah Institute. He was also featured in the documentary “And Baby Makes Two.”