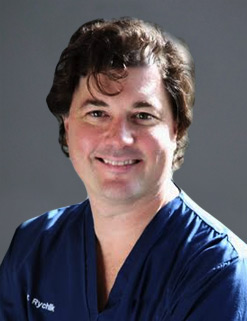 Dr. Rychlik is a highly trained Reproductive Endocrinologist who is part of the fertility specialist team at Southern California Reproductive Center (SCRC), a participating provider in the WINFertility Network.

Experience
Dr. Rychlik has served as a Clinical Assistant Professor of Obstetrics and Gynecology at the University of Arizona and an Assistant Professor at the University of Illinois. He was the President and Medical Director of Fertility Center of Arizona and the Clinical Director at Partners for Fertility and IVF in Fairfax, VA before relocating to Santa Barbara.

He is an award-winning research physician who has worked with the American Society of Reproductive Medicine, the Eunice Kennedy Shriver National Institute of Child Health and Human Development and has been named a CREST scholar by the National Institute of Health. He has received the Golden Apple Teacher Award for his clinical instruction at the University of Chicago and an award from the Research Excellence Abstract Presentation Society for his work in Maternal Fetal Medicine. He has been consistently voted Top Infertility Doctor in various regional magazines. When not treating patients he enjoys flying planes, riding his bike, photography and spending time with his four children.