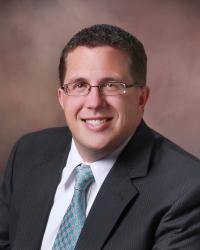 Dr. Lipari is a highly trained Reproductive Endocrinologist who is part of the fertility specialist team at Jacksonville Center for Reproductive Medicine, a participating provider in the WINFertility Network.

In 2004, he completed his residency training in Obstetrics and Gynecology at Upstate Medical University in Syracuse, New York, where he received the Robert E. Nesbitt Jr., M.D. “Outstanding Resident in Obstetrics and Gynecology” award, the Achievement Award from the Society of Laparoendoscopic Surgeons as well the “Best Teaching Resident” award from Berlex Pharmaceuticals. After completing his residency, Dr. Lipari was awarded a three-year fellowship in Reproductive Endocrinology and Infertility at the prestigious Johns Hopkins University School of Medicine in Baltimore, Maryland.

Dr. Lipari received board certification in Obstetrics and Gynecology in 2005, and Reproductive Endocrinology and Infertility in 2009.

Experience
Dr. Lipari has presented numerous lectures and authored various scientific abstracts and journal articles while at the Johns Hopkins University School of Medicine. He currently also serves as a reviewer for Fertility and Sterility, the leading fertility journals in the country. Additionally, Dr. Lipari has served as the Clinical Supervisor of the Johns Hopkins Division of Reproductive Endocrinology and Infertility Assisted Reproductive Technology Database System and is well versed in the recent technological advances in the field of reproductive medicine.

Dr. Lipari has ongoing research projects investigating: the use of embryo metabolism as a marker for embryo quality; the molecular aspects of optimizing luteal phase endometrial receptivity; as well as the development of novel stimulation protocols for the “poor responder” IVF patient.

Having followed many sub-fertile patients, Dr. Lipari realizes the frustration involved in the process and follows an approach that addresses both the physical and emotional aspects of fertility therapy.