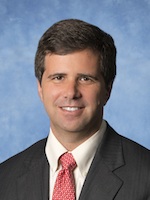 Dr. Copperman serves as co-director of RMA of New York, a participating provider in the WINFertility Network.

Dr. Copperman is Director of the Division of Reproductive Endocrinology and Infertility as well as the Vice-Chairman of the Department of Obstetrics, Gynecology, and Reproductive Science at Mount Sinai Medical Center.

He is a Clinical Professor of Obstetrics, Gynecology, and Reproductive Science at the Mount Sinai School of Medicine.

Education and Certification
Dr. Copperman received his undergraduate degree from the University of Pennsylvania and his medical degree from New York Medical College. After earning his degree in medicine, Dr. Copperman completed his residency in OB/GYN at Yale-New Haven Hospital, then continued his training at Mount Sinai Medical Center in New York as the Martin J. Clyman Fellow in Reproductive Endocrinology. Dr. Copperman is board certified in reproductive endocrinology and infertility as well as in obstetrics and gynecology.

Experience
Dr. Copperman is an experienced and respected clinician and has published numerous award-winning papers and textbook chapters on egg freezing, infertility, in vitro fertilization, and pelvic surgery. In addition, he has presented research findings and scientific data at both national and international meetings.

Dr. Copperman is frequently quoted in the media, both in print (The New York Times, Daily News, Parenting Magazine, etc) and on local and national television and news shows (including Anderson Cooper 360 and 20/20). New York Magazine has recognized Dr. Copperman as one of its Best Doctors nine years in a row, and Castle Connolly and SuperDocs have annually recognized Dr. Copperman as one of the Top Fertility Doctors. The American Fertility Association awarded him its 2003 Family Building Award.