Ovarian reserve testing is done to identify patients who are at risk of diminished ovarian reserve (DOR). Over time, eggs decrease in quantity and quality and do not regenerate. The number of human eggs in a female is approximately 1–2 million at birth, and approximately 400,000 at the start of puberty. 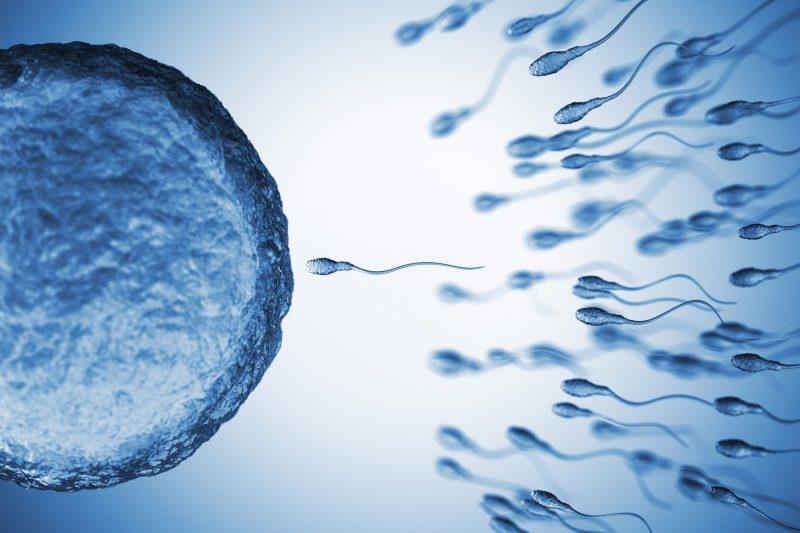 Although this reproductive decline occurs with age, there is significant variation in fertility among women of similar age, which highlights the unpredictability and individuality of the reproductive aging process. Ovarian reserve testing cannot predict menopause, but abnormal results should encourage the patient to consider more aggressive treatment options to achieve pregnancy.

The American College of Obstetricians and Gynecologists offers the following conclusions and recommendations:

The concept of “ovarian reserve” defines a woman’s reproductive potential as a function of the number and quality of her remaining oocytes. The ideal screening test should be reproducible with low variability between cycles and specific to minimize the risk of a false-positive determination of DOR in a woman with normal ovarian reserve.

The best available tests of ovarian reserve include biochemical markers (ie, FSH, estradiol and AMH) and ovarian ultrasound imaging (ie, antral follicle count). These screening tests have been best studied as predictors of in vitro fertilization (IVF) outcomes: oocyte yield from ovarian stimulation and rate of pregnancy. A poor result from ovarian reserve testing does not signify an absolute inability to conceive and should not be the sole criteria considered to limit or deny access to infertility treatment.

The main goal of ovarian reserve testing is to identify those individuals who are at risk of DOR. There is no consensus on the definition of DOR. However, compared with women of similar age, women with DOR commonly have regular menses but a reduced quantity of ovarian follicles and, thus, may have a limited response to ovarian stimulation with fertility medications and reduced fecundity (probability of achieving a live birth in a single reproductive cycle). When test results suggest decreased or DOR, if appropriate, an infertility evaluation should be initiated. During the evaluation of infertility, factors such as female age, infertility diagnoses, and ovarian reserve test results are used to counsel the individual or couple about their prognosis and to formulate an appropriate treatment plan.

Biochemical tests for ovarian reserve attempt to identify signs of ovarian aging that may signify changes in oocyte quantity and quality. These screening tests involve basal measurements and provocative tests. Basal measurements include assessments of FSH, estradiol and AMH. An example of a provocative test is the clomiphene citrate challenge test.

FSH is released by the pituitary gland. With a normal ovarian reserve, the developing cohort of follicles secrete estradiol and other substances which suppress FSH, keeping it in the normal range. In the setting of a DOR, an increase in pituitary FSH secretion occurs, which causes an elevated FSH level on days 2 – 4 of the menstrual cycle. If FSH levels are consistently elevated, a poor prognosis is likely.

Estradiol is released by the ovarian follicles. The estradiol level is usually low (less than 80 pg/mL) on days 2–4 of the menstrual cycle. An elevated level on cycle days 2–4 can indicate abnormal oocyte development. Through negative feedback, a high estradiol level can suppress a high FSH level into the normal range. Obtaining an estradiol level allows the correct interpretation of a normal FSH level. Estradiol has low predictive accuracy for failure to conceive; therefore, it should not be used in isolation to assess ovarian reserve.

AMH is produced by the ovarian follicles and correlates with the ovarian reserve. The AMH concentration is fairly stable within and between menstrual cycles. Although an undetectable AMH level suggests DOR, undetectable and low AMH levels are not predictive of failure to conceive.

Available home fertility tests use a urine sample to assess the FSH level on cycle day 3. These tests are marketed directly to consumers and claim high accuracy in determining a woman’s ability to conceive. The limitations of these tests include misinterpretation of instructions, results and the unavailability of a medical professional to interpret and explain the results. Although these tests are used commonly by women at low risk of DOR, the results may provide false reassurance or raise unnecessary concern.

The antral follicle count records the number of visible ovarian follicles (2–10 mm mean diameter) that are observed during transvaginal ultrasonography at the beginning of the menstrual cycle. The number of antral follicles correlates with the quantity of remaining follicles and with the ovarian response during controlled ovarian stimulation. A low antral follicle count is associated with poor response to ovarian stimulation during IVF, but it does not predict failure to conceive. It should not be the sole criterion to plan treatment.

Ovarian reserve testing is helpful to identify women at risk of DOR and individualize treatment strategies. These tests may predict ovarian response to infertility treatment, but they do not reliably predict failure to conceive.