For full disclosure, my wife and I have decided to hold off on having children for at least a couple years to be able to develop our relationship as a married couple before introducing a child into our family. With that being said, this is not a story about my life or a personal encounter with infertility. We haven’t come to that fork in the road yet, so I have no clue about whether or not we will face that situation in the future. I’m writing as a professional in the infertility space that wants to shed some light on the subject matter. 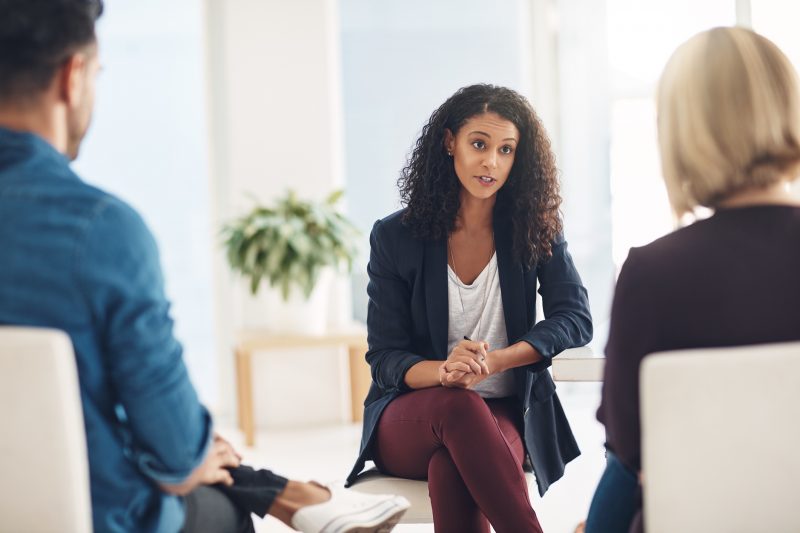 I recently got married and people were starting to ask about when we were going to have some “news” to share before we even left the wedding venue. These friends and relatives were so excited about the prospect of our children that they couldn’t even let us enjoy a week of being married without questioning our family planning timeline. Their level of excitement was appreciated, but it definitely has to be taken with some caution. While the obvious next step for most married couples is to start considering starting their family, it is not nearly as easy as everyone just assumes it is.

We make a lot of assumptions. We assume couples are naturally fertile. We assume that having a child will be as easy omitting the contraceptive prior to intercourse and that will be it. We assume that couples want to become parents right away. We assume that there won’t be a concern for a genetically inherited disorder. We keep assuming that everything is okay.

Why? Because it’s easier that way.

When it comes to family planning, there are usually three categories that couples fall into. There is the first group of people who want to have children naturally and they do. They tried for children and got pregnant. The second group of people weren’t specifically trying, but they got pregnant anyway. The last group of people, the ones who usually don’t get talked about, are the ones who really want to have children but just can’t seem to get pregnant. This category, the “infertile” group, is the one that I want to talk about.
Infertility is defined as the inability to conceive after one year of unprotected intercourse (six months if the woman is over age 35) or the inability to carry a pregnancy to live birth. There seem to be a lot of misconceptions about the stigma of infertility and it’s high time that our society starts to treat it as a common occurrence and not continue to make people hide their struggles as if they were walking around wearing their own version of the “scarlet letter”.

First of all, this group is a lot larger than you think. According to the CDC and Resolve.Org, 1 in 8 couples (12% of married women) have trouble getting pregnant or bringing their pregnancy to term. They go on to say that an estimated 7.4 million women (11.9% of women) have received some type of infertility service in their lifetime. That’s not a small number. That’s at least one member of your immediate family, your friend circle, your office team, your recreational softball team, your yoga class, your book club, or your church group.
This is a much bigger “problem” than anyone really gives credence to and is something being faced by a growing number of couples. Let’s stop treating it like infertile couples are few and far between. Just look at how many Facebook “friends” or Instagram “followers” you have. The numbers aren’t overtly abstract. Pretend that you have 800 Facebook connections… do the math. Plus, let’s be serious… These statistics are based on polling data or sampling, so those numbers are unquestionably soft and the actual figures are much higher than 1 out of 8. You can’t really believe that many couples are going to be completely open and honest about their infertility struggles when asked to fill out a survey about their situation and future plans.

Secondly, infertility is not just a women’s issue. We most associate infertility with women not being able to carry or sustain their pregnancy, but this is just not true. According to the American Society of Reproductive Medicine (ASRM), approximately one-third of infertility is attributed to the female partner, one-third attributed to the male partner, and one-third is caused by a combination of problems in both partners or, is unexplained. With this being the case, equal responsibility for the infertility of the couple must fall on the shoulders of both partners. This in turn means that the struggle of infertility would also be equally felt by both partners. We don’t usually talk about male infertility or the potential father’s struggles with conceiving, but it is a very real thing. Guys don’t talk about it with each other, that’s for sure.

Considering the number of infertile couples I probably know, not one of my male friends has ever mentioned their dealings with it. We’re expected to be masculine, virile, and strong… so talking about how we can’t have children is just not how we are socialized when growing up. It’s time for that to stop. Again, think about how many of your LinkedIn connections are male. 1 out of 8 of them are struggling with infertility in their marriage. How many of them are talking about with their buddies on Sundays during halftime of the football game? The pain of not being a mother cannot be measured, but it is very difficult to quantify the similar pain of not being a father. Infertility impacts both partners equally and we as a society and community should start talking about it with everyone. Do not blame the women. Do not blame the men. Don’t grieve only for the mother. Don’t grieve only for the father. This is an all-inclusive situation that has to be regarded as such.

Lastly, categorization in this group is very fluid. Just because a couple starts in that particular bucket doesn’t mean that they will continue to be there in the coming months or years. Look at these facts:

What does this mean? It means that being labeled as infertile doesn’t guarantee that you won’t be able to naturally conceive and deliver children. It truly means that you’re struggling and may need some medical assistance or time to resolve the matter. Maybe the answer to the question is just more time. Continuing to try for a number of years may be just bring the results that the couple is looking for. Maybe the answer is seeking medical advice as it may only require a small surgical procedure or fertility drugs for the conception and pregnancy to take. Maybe you’re one of the 3% of couples who needs to go through in-vitro fertilization to get pregnant. So what? There are about 400 IVF clinics and thousands of fertility doctors in the United States alone who can help you. Either way, infertility should be viewed the same way that cancer was described by John Diamond. It’s a word, not a sentence…

The main goal for someone like me, who works with infertile patients and fertility doctors and clinics, is just to start the conversation. I know that I’ve had multiple members of my family and friend circle struggle with infertility and my message to them (along with all of the other 12% of married couples) is that they are not the only one having to silently struggle. Whether you get pregnant naturally, use IVF, adopt children, or decide against having children… there are no right or wrong answers and millions of people have been/are/will be in your shoes. There are people are here to support you and help you along the way.

Just don’t be afraid to talk about it.