All About ICSI – 5 Things You Need to Know

If you’re trying to conceive and looking into fertility treatment, you’re probably finding a lot of strange terms out there. In vitro fertilization, or IVF, is pretty well known these days. 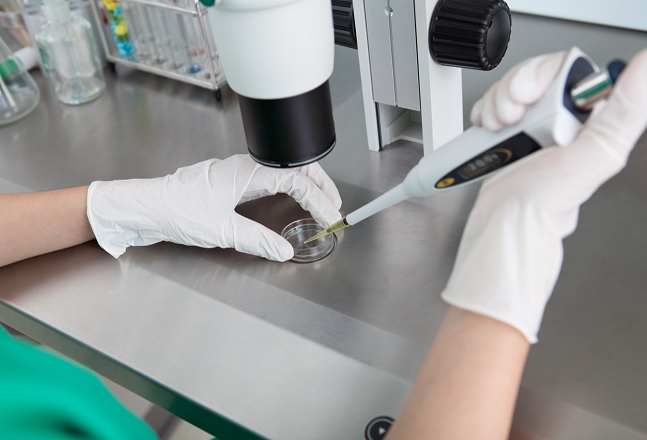 But what is ICSI? When is it needed? Does it improve your chances of having a baby? Are there risks?

ICSI is an acronym for intracellular sperm injection. It is performed as part of an IVF procedure. In IVF without ICSI, eggs and sperm are combined in the embryology laboratory. A sperm cell will manage to pierce the wall of an egg and fertilize it. If all goes well, the fertilized egg will begin to grow and divide, becoming an embryo which can be transferred to a woman’s uterus. In an IVF cycle with ICSI, the embryologist will inject a single sperm into an egg, essentially bypassing the need for the sperm to break through the egg’s outer wall.

ICSI often is used when the male partner has fertility problems, known as male factor infertility. He may have a low sperm count, so there aren’t enough sperm to successfully fertilize an egg. His sperm may not swim well enough or strongly enough to get to the egg (motility issues) or they may not be shaped properly and can’t get through the wall of the egg (morphology issues). In other cases, the male partner may not have sperm in his ejaculate even though his testicles are producing sperm, due to blockages or abnormalities in the vas deferens, the tubes which deliver sperm from the testicles. Sperm can be extracted from his testicles and used in the lab with IVF and ICSI. ICSI may also be used if there didn’t appear to be any problems with his sperm but the previous IVF cycle did not result in fertilized eggs. ICSI makes sure the sperm gets in and increases the chance of fertilization.

Some fertility clinics use ICSI as part of every IVF cycle. Others only use it when male factor infertility is present or there are other issues, such when few eggs are produced by ovarian stimulation. Research in the U.S. has shown that IVF with ICSI has success rates very similar to those of IVF alone in couples who have normal sperm quality. ICSI is not a guarantee that you will get pregnant and have a baby from IVF treatment. All the other factors that affect IVF still come into play, including the age of the eggs. ICSI just helps level the playing field if you’ve had problems with fertilization of the eggs.

The good news is, ICSI’s effect on birth defects is very slight. A normal pregnancy without assisted reproductive technology (ART) has a 1.5 percent to 3 percent chance of birth defects. ICSI treatment causes a very slightly increased chance, and birth defects are extremely rare. Long-term studies have found some specific risks of birth defects, which may be due to lower quality sperm, including sex chromosome abnormalities, defects in the urinary system or genitals, and other rare syndromes such as Angelman syndrome, hypospadias, and sex chromosome abnormalities. But, again, the chance of this happening appears to be very low.

The American Society for Reproductive Medicine (ASRM) estimates the average price of an IVF cycle in the U.S. at $12,400. This does not include the cost of fertility medications and doesn’t include other procedures such as ICSI and PGD (preimplantation genetic diagnosis). The cost of ICSI is an additional $1,500 to $2,000.