This story is based on the real-life experiences of patients and fertility specialists in dealing with unexplained infertility. Alexis and her husband James are composite characters.

Alexis and James got married when they were both 30 years old, and they weren’t in a rush to have a family. “We wanted to have some time as a couple and enjoy ourselves,” Alexis said. So they used birth control and were kind of relieved every month when her period came around. 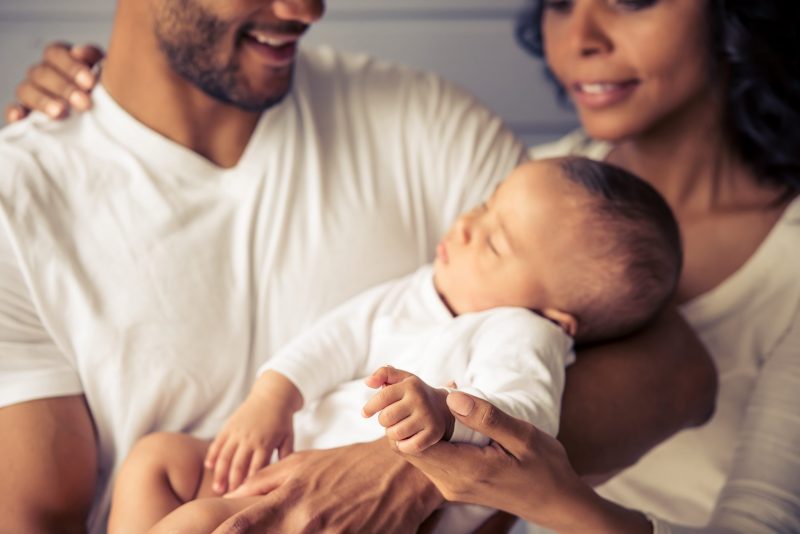 After they’d been married a few years, they began to think about starting a family. “My friends were having babies, and I started to really want one,” Alexis said. “I thought the time was right,” James said. “My job was going well, and so was hers. I felt like we could afford a baby, and it would be great.” Alexis’s mother started dropping hints that she’d like to be a grandmother. “We’re working on it!” James told her.

They both knew what to do to make a baby—have unprotected sex, often. James was enthusiastic about that, especially at first. Neither one of them really knew how long it might take for Alexis to get pregnant, but they thought it wouldn’t take long. After the first three months of TTC and not getting pregnant, Alexis did some researching. She was shocked to find out that even fertile couples who don’t have any fertility problems have only a 20 percent chance of getting pregnant in any given month.

“I was determined to beat those odds!” Alexis said.  She began using an ovulation calendar to help figure out when her fertile periods were so she and James could be sure to have sex at the optimal time to get pregnant. James quit smoking and switched to boxer shorts (“I figured it couldn’t hurt,” he said), and they both ate healthy foods and cut back on drinking.

But Alexis began to get worried that something was wrong. Each month she was filled with grief when her period happened, and she started to envy her friends who had gotten pregnant easily. James tried to comfort her, but she began to feel depressed. Why was it so easy for her friends to get pregnant, and so hard for her? Alexis dreaded going to baby showers and family gatherings where someone was bound to ask, “When are you two going to start your family?” James began to feel angry about the thoughtless comments and questions. And he felt ashamed, as well. What kind of man was he, that he couldn’t get his wife pregnant? They both started to feel isolated from their friends. “I feel like I don’t have control of my own body,” Alexis said. “How can this be happening to me?”

Alexis felt that knowing more about fertility problems would help her get some control over the situation, so she did much more research on the internet. She shared some links with James about fertility treatment, and they had a long talk. “I don’t want to wait and see if this gets better,” she said. “I want to do something now!” James agreed they should look into why they were having trouble TTC. Then Alexis went to her gynecologist and told her she wanted a referral to a fertility specialist. “I think the best thing is for you and James both to get some testing done,” the gynecologist said. “I want you to see a reproductive endocrinologist.” She explained that a reproductive endocrinologist has extensive training in finding the issues that cause fertility problems and helping people have a baby.

Alexis felt strongly that she and James needed to find out what the problem or problems might be, so she could get pregnant. They made an appointment at the fertility clinic, gave their medical histories and went for testing. James’s tests were a semen analysis to determine the quality and quantity of his sperm, and a physical exam. Alexis had a physical exam, an ultrasound and a number of blood tests to determine her hormone levels and whether she was ovulating. Alexis told her mom they were going for testing but asked her to keep it to herself. “I couldn’t bear for my family to know yet, until I know we have an answer,” she said.

When the test results were ready, Alexis and James had an appointment together with the fertility specialist. They were both nervous but hopeful. Maybe there would be a problem with an easy fix, although they weren’t exactly sure what that would be. The answer they got was both good news and bad news.

About one in five of those couples who come to a fertility specialist are diagnosed with unexplained infertility. As the fertility specialist explained to Alexis and James, this means the available testing did not find a reason they were not getting pregnant. “This is good news,” she said, “because it means neither of you has any major, obvious reasons for infertility.” However, people diagnosed with unexplained infertility may have other, more subtle issues which the current diagnostic testing can’t detect, such as poor egg quality, she said. “We can try IUI for a few rounds, with and without Clomid, and if that is not successful, you can consider IVF,” the specialist said. “Many times, problems can be found and treated through the IVF process.” She told them about a recent study of couples with unexplained infertility, called FASTT (The Fast Track and Standard Treatment), which showed that couples who are unsuccessful after three cycles of Clomid and intrauterine insemination (IUI) should then try in vitro fertilization (IVF). This study showed a higher success rate at lower cost with IVF after three cycles than with continuing for more cycles of Clomid and IUI.

“It was really hard to see this as good news,” James said. “If we don’t have major problems, why can’t we have a baby without treatment?” “I don’t know what to do,” Alexis said. “I feel the clock ticking and we still don’t have a baby. I never expected this to happen.” She felt depressed and guilty that maybe this was her fault, because James’s test results were fine. James was upset that she felt that way. They actually had an argument about it, and Alexis cried. “Look, we’re in this together,” James said. “The doctor says we have to have treatment, so let’s get on with it. Let’s make this baby happen.” Alexis began to feel a little more hopeful. They agreed to meet with the fertility clinic’s financial counselor and figure out how they could afford treatment.

The couple met with the financial counselor and reviewed their health insurance, savings, and available discounted treatment plans and financing if they should need to go on to IVF treatment. After a lot of discussion, they decided they could afford treatment, and they decided to begin. “We held hands and jumped in to it together,” Alexis said. “Here we go!”

Alexis went through three cycles of IUI with James’s sperm, one without stimulating her ovaries with Clomid, and two cycles with Clomid. Clomid made her produce multiple eggs, but none of those cycles resulted in a pregnancy.

Alexis and James were on a roller coaster of emotion with each cycle, filled with hope and excitement and then sad and grieving when she didn’t get pregnant. Alexis’s mother tried very hard to be supportive but couldn’t hide her disappointment. Alexis began to feel very depressed and withdrew from James. James was angry and frustrated. “Having a baby has taken over our lives,” he said. Their fertility specialist saw their tension and suggested that they get counseling. They met with a counselor at the fertility clinic who helped them feel they weren’t alone with their emotions and supported them as they made treatment decisions. Alexis reached out to her closest friends and told them what she was going through. Their warmth and kindness made her feel less alone.

The fertility specialist talked to them about moving on to IVF treatment with PGS, preimplantation genetic screening. “We will fertilize your eggs with the sperm in the lab,” she said. “When the embryos start to develop, we will test a few cells from the embryos to make sure they have the correct number of chromosomes, and transfer only the best ones. About half of failure to implant and most miscarriages are caused by chromosomal abnormalities. PGS improves your chance of success with IVF.”

After much thought and some heartfelt discussion, Alexis and James agreed to have an IVF cycle with PGS. “I was afraid to hope, but the doctor said the odds were in our favor with IVF, so we went ahead,” Alexis said. “I read about the research on unexplained infertility, and IVF was the next step.”

After about two weeks of hormone injections, harvesting of her eggs, and fertilization of the eggs in the lab, their embryos were tested and the best ones were transferred to Alexis’s uterus. Then began two weeks of anxious waiting (and progesterone injections to help an embryo or embryos implant). Alexis went to the fertility clinic for the pregnancy test and came home to await the results with James.

“I was so scared,” she said. “When they called with the good news, it was the happiest day of my life!” Alexis was pregnant. James was thrilled. They both cried a little bit. Their dream was going to come true. Alexis carried the baby to term and delivered a healthy baby girl.

“All the waiting, all the effort, all the worry was worth it to have our daughter,” James said.