Against All Odds: A Story of Miracles

Lindsey and Jason Gantt had a long road ahead of them from the moment they exchanged vows in November of 2011.  This is a story about a couple’s struggle with infertility that not only has a happy ending but a miraculous one.  Attention to details and taking the time to optimize Lindsey’s health is ultimately why this is a success story.  Comprehensive, team-based care played a crucial role in Lindsey and Jason’s success. 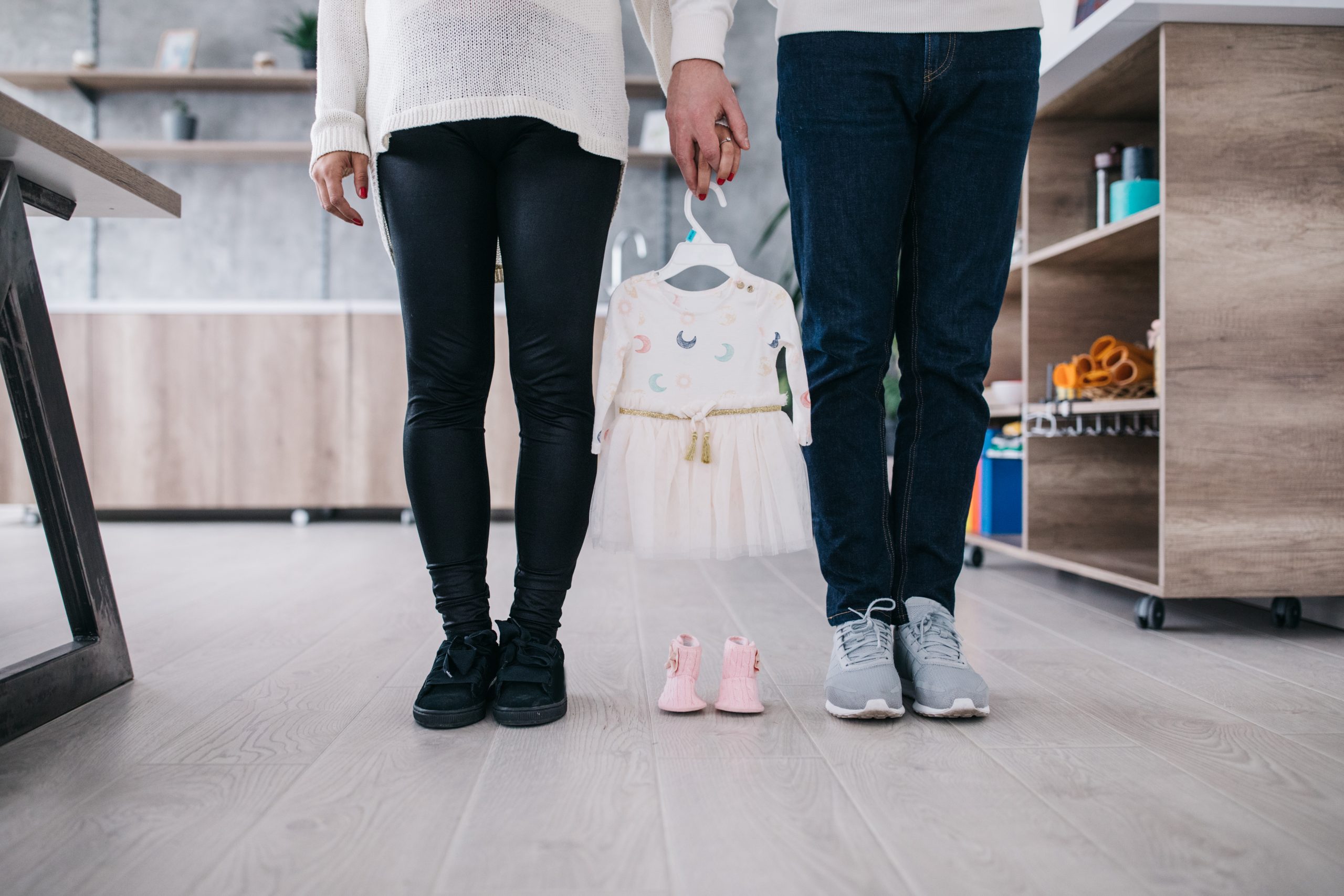 “In September of 2010, I became ill which started an 18 month journey that I never thought I would encounter at 34 years old.  I was eventually diagnosed with gastroparesis and unable for the 18 months to digest practically any food or liquids.  I lost 45 pounds (starting from a place of good weight), and nearly lost my life,” says Lindsey.  She endured three surgeries and six additional anesthesia procedures in 2011 but they were not successful in turning around her diagnosis.  When dehydration and malnutrition set in, she began to lose consciousness on a regular basis.    In November of 2011, she and Jason married.  Unfortunately, she was sick the entire day.  “Our honeymoon was cut short by a necessary trip to the Mayo Clinic.  My doctors said that if I lost 5-8 more pounds, my organs would not work anymore.”

Lindsey had surgery that December to install a feeding tube. This required that she be hooked up to an IV pole in her bedroom for twelve hours every day in order for her body to receive the fluids and nutrients it needed to survive.  “My husband had to help with every feeding.  I was a newlywed of one month…sexy.  I worked full time during this whole experience, so I would work for 9-10 hours a day and then immediately come home and hook up to the feedings.  Our lives were very stressful and complicated to say the least,” Lindsey recalls.

But, the treatment eventually worked.  Lindsey began to gain weight and strength.  Soon, she was able to eat solid food on a limited basis, thus making her more independent of the feeding tube.  When things improved, Lindsey visited her OB/GYN to discuss her chances of becoming pregnant.  “My husband and I wanted a child more than anything, and I was being warned by my other doctors that with the serious damage my body had sustained, my time was limited.”  When Lindsey’s physician called her with the test results, her whole world came down on top of her.   “I will never forget that moment.  My doctor reported that I had undergone complete premature ovarian failure and could not produce eggs or get pregnant.  I have never felt so sad.  It was one of the darkest moments of my life.  I was getting better.  I had beaten my sickness.  I had begun to see the light at the end of the tunnel, and now this news,” she says.

Lindsey and Jason rallied once again, refusing to quit.  With prayer, hope and trust in each other, they went for a second opinion to a reproductive endocrinologist.  “We had our first meeting with the doctor after testing was done, and she confirmed that I did not have any eggs and would not produce any more eggs.  She said our chances of getting pregnant were less than 1%.  She told us not to bother trying, as this would be emotionally difficult and a waste of our time so we decided to join the egg donor program at the clinic.” After completing the paperwork and regular visits, they waited for a match.  Their wait was long and, unfortunately, due to a clerical error, would only become longer.  After several months on a wait list, they decided to make a change.

“At that point, we knew that even though it meant starting over and more time, we did not belong at this clinic.  We could not trust them with arguably the most important thing in our lives.  We were referred by a friend to GRS.  From the first phone call, we were so impressed and pleased.  We met with Dr. Perloe and Jacqueline on our first visit.  Both were so empathetic of our situation.  I felt like someone had opened their arms and invited me in.  It was exactly what I needed.  Dr. Perloe was very thorough and responsive and knowledgeable.  Jacqueline, and later, Yolanda, felt like my lifelines.  There were days when I would call at the end of my rope and Jacqueline’s encouraging words got me through.  We once again entered the egg donor program,” says Lindsey.

A few weeks into the program, Lindsey was brought into the office by Dr. Perloe for a baseline ultrasound on her uterus.  “We were getting Lindsey ready for an egg donor mock cycle.  This is simply taking an additional step to evaluate the ability of her uterus to carry a pregnancy,” says Dr. Perloe.  “This is a customary procedure at our practice prior to beginning an egg donation treatment cycle.”

Says Lindsey, “I thought, ‘what a great idea!’  The other clinic did not even offer this.  So, Dr. Perloe began the ultrasound and I will never forget the look on his face.  He was so shocked at what he saw.  In fact, he left the room and returned with my chart to confirm his findings.  He told me that I had an egg!  One egg!  I began to cry immediately!  It was a miracle.  He said to go home and try to get pregnant that night and the next night.  He said the chances were very slim, but they were significantly better than what I had been dealing with so far.”

Dr. Perloe was surprised, indeed.  “1-2% of women a year can achieve pregnancy after premature ovarian failure.  We were lucky that there was a follicle when we looked and even luckier that her underlying medical condition did not interfere with her getting pregnant.  I was expecting a thin uterine lining without any follicles but instead she had a thick uterine lining which meant that her ovaries were producing estrogen and, sure enough, there was a follicle.  With a little luck, she just might ovulate and conceive. ”

“My husband and I did as we were told, and 12 days later, I went to GRS for a blood test.  Yolanda called me a few hours later to tell me we had a baby!  I have never felt more blessed in my entire life.  It was truly a miracle from God.  Yolanda was so happy for me!  Jacqueline later followed up with her excitement and well wishes for us.  We received excellent care instructions and were brought in for an ultrasound some weeks later with Dr. Perloe to, again, confirm the pregnancy.  Along the way, Dr. Perloe has given me such individual and responsive attention.  He personally corresponds with me regularly to check my progress.  I have never had such amazing access to a doctor before.  Also, Jacqueline and Yolanda follow up with me to check in every now and then.  It warms my heart that they are so interested in our progress, and that they obviously really care.”

When asked about Lindsey’s true chances of achieving pregnancy without donor egg, Dr. Perloe says “This was an amazing coincidence that everything fell into place.  This may have been her only chance to conceive a pregnancy and how fortunate we were that she came in on that particular day, when the follicle was visible.  It was also a good fortune that I was here to conduct the ultrasound and recognize this opportunity to help her have a baby.  This is a perfect example of how individualized care and having a physician involved in every step can often result in less costly or less aggressive treatment options. We are so excited for this couple.”

Lindsey and Jason now have a healthy, beautiful daughter.   “Without GRS, our miracle would not have happened.  We are so grateful and can never thank GRS enough for changing our lives.”

About the Author
Rebecca Heery is the Director of Marketing at Georgia Reproductive Specialists.

44209Against All Odds: A Story of Miracles

44178Against All Odds: A Story of Miracles

44174Against All Odds: A Story of Miracles

44154Against All Odds: A Story of Miracles