6 Myths and Facts About Male Infertility

Boxers vs. Briefs and More

When a couple is having trouble having a baby, throughout history it’s the woman who gets the blame. Nobody ever called a man “barren,” did they? But modern research shows that 40 to 50 percent of infertility is due to male factors. 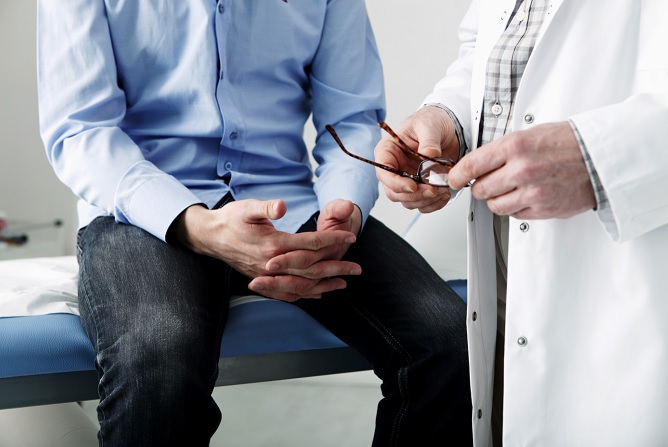 There are lots of old wives’ tales–and new rumors—about things that can affect a man’s fertility. See if you already know which ones are true, which are “maybe,” and which are just plain wrong!

FALSE. The quality and quantity of a man’s sperm begin to decline after age 40, and declines more after age 50. It’s not impossible for an older man to father a child, since they don’t go through menopause like women do and totally lose the ability to produce sperm. But sperm production does decline, and is a large part of some couples’ inability to conceive.

FALSE. The old battle of boxers versus briefs, putting aside any fashion or psychological discussions, has surfaced in discussions about sperm production. The theory is that increasing the temperature of the scrotum by wearing tight pants or briefs can affect sperm. But there is no conclusive evidence that this is true. So men should wear whatever is comfortable or what their fashion sense dictates.

TRUE. If you’re trying to get pregnant, ask your man to stay out of the sauna, Jacuzzi or hot tub, whether it’s after a workout at the gym or in someone’s back yard. Some research has found that men who regularly use saunas and hot tubs produce less sperm and their sperm has lower motility (ability to swim.)

A Laptop in His Lap is a Sperm Killer

MAYBE. There is evidence that the heat from a laptop can raise the temperature of the scrotum, where sperm production takes place, and may interfere with sperm production. Not all experts agree on this, but it can’t hurt for a man to put the laptop on a desk or a table if you’re trying to have a baby.

A Little Cannabis to Set the Mood Never Hurt Anyone, or a Cigarette After

FALSE. Marijuana smoking in men has been linked to inability to perform sexually and to diminished fertility. It has also been associated with abnormally shaped sperm and increased female hormones in men. Tobacco smoking has been shown to have a role in decreased fertility in both men and women, and it reduces the likelihood of successful IVF treatment in women. So if he smokes anything, he’s affecting your chances of getting pregnant.

If His Waist Shrinks, Your Family Can Expand

TRUE. Maintaining a healthy weight is one of the best actions you both can take, but it’s as important for the male partner as for the female partner. For men, it’s all about the sperm and the ability to deliver them, so to speak. Obesity in men is associated with decreased sperm count and quality, and may be associated with sperm that aren’t shaped right, so they can’t penetrate an egg. A study from the National Institutes of Health published in 2006 found that a 20 pound increase in a man’s weight might increase the risk of infertility by 10 percent. So a healthy diet and lifestyle is good for both of you, and for your future family.

442096 Myths and Facts About Male Infertility

441786 Myths and Facts About Male Infertility

441746 Myths and Facts About Male Infertility

441546 Myths and Facts About Male Infertility